LANAP™ (Laser Assisted New Attachment Procedure) is a patented treatment used with the PerioLase dental laser system. This specific protocol has obtained FDA approval for gum disease treatment. Dr. Roth is one of a handful of southern California dentists trained to offer LANAP™ to their patients. Dr. Roth is excited to be able to make this treatment available to gum disease sufferers throughout southern California.

What is Periodontal Disease?

It’s an infection of the gums. It starts out as plaque, a sticky film on the teeth that hardens to form calculus or tartar. As tartar accumulates, it harbors bacteria which attack the soft tissue around the gums. This early stage of gum disease is called Gingivitis. Symptoms include red swollen gums, bleeding, bad breath and sometimes, an unpleasant taste in the mouth. Left untreated, Gingivitis becomes Periodontitis. At this severe stage, bacteria destroy both the gums and the supporting bone structure. Pockets form where the gums separate from the teeth and surrounding bone. Left untreated, Periodontitis often results in tooth loss.

Do you have periodontal disease?

If you answered yes to one or more of these questions, you may have Periodontal Disease and should schedule an appointment with your Dental Health provider.

The benefits of Laser Gum Surgery:

EASY – LANAP™ is about as EASY as erasing a blackboard – there’s no cutting and no suturing.

LESS TIME – It takes LESS TIME than traditional surgery. All it takes is two 2-hour visits to the office and two follow up visits. Traditional surgery requires four sessions of about one hour each, with subsequent visits for suture removal and additional check-ups. 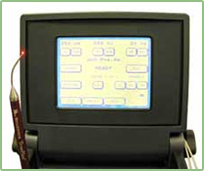 FEWER TROUBLES DOWN THE ROAD – LANAP™ does not include the major loss of gum tissue that traditional surgery often involves. This tissue loss can lead to sensitive teeth since your roots are exposed. Also, if the treatment needs to be performed again in the future, you have not removed the bone and gums during the first LANAP™ treatment. Typically with LANAP™, any gum tissue shrinkage is actually due to reduced swelling of the area that was previously diseased and inflamed.

SHORT RECOVERY – Many patients find that they have less than a 24 HOUR RECOVERY period, so you won’t lose time from work. Dr. Roth will recommend a soft diet for a few days. In most cases, patients feel good right after the procedure. Following traditional surgery, recovery can take between to 2-4 weeks during which patients can experience considerable pain and swelling.

SAFE – LANAP™ with the PerioLase is SAFE for patients with health concerns such as diabetes, heart disease, high blood pressure or those taking medications such as Coumadin or Cyclosporine.

What are the steps involved in the LANAP™ procedure? 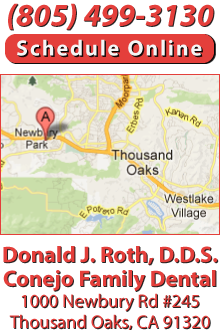